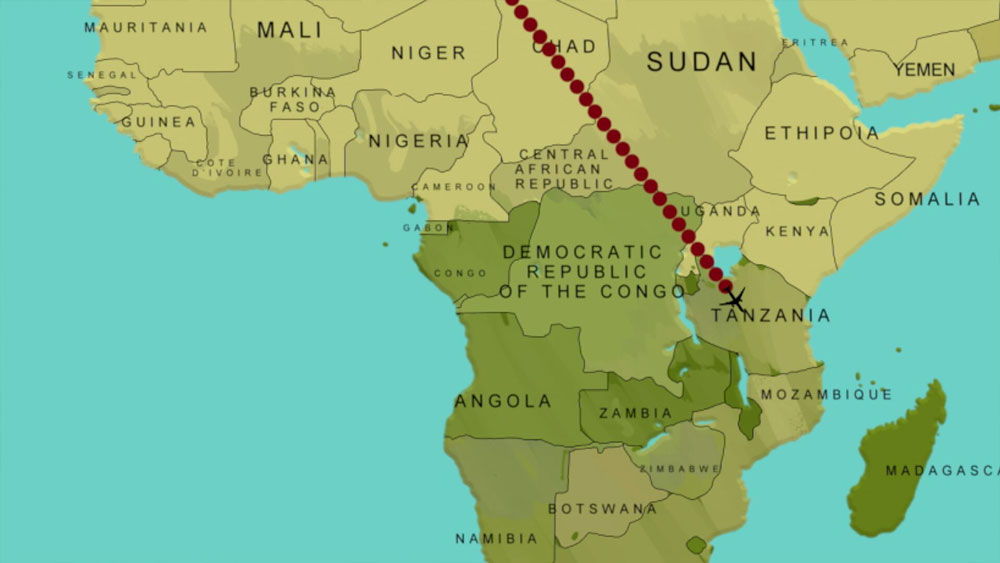 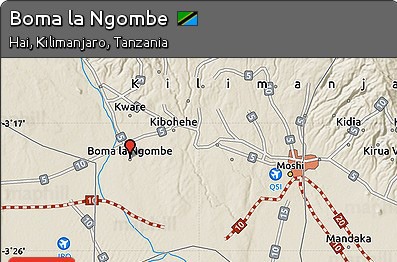 Tír na nÓg/Kao La Amani is situated in the centre of Boma Ng’ombe, just off the A23 and near to the central market and bus station.

In Swahili, ‘Boma Ng’ombe’ means ‘cattle enclosure’. It is also referred to as ‘Boma’. Boma is a rapidly growing town whose population doubled between 2002 and 2012 from 17,000 to 34,000. The settlement has continued to expand in the years since. Most of the population still work in traditional agriculture, growing crops such as maize, millet, beans and vegetables, and rearing cattle and goats. 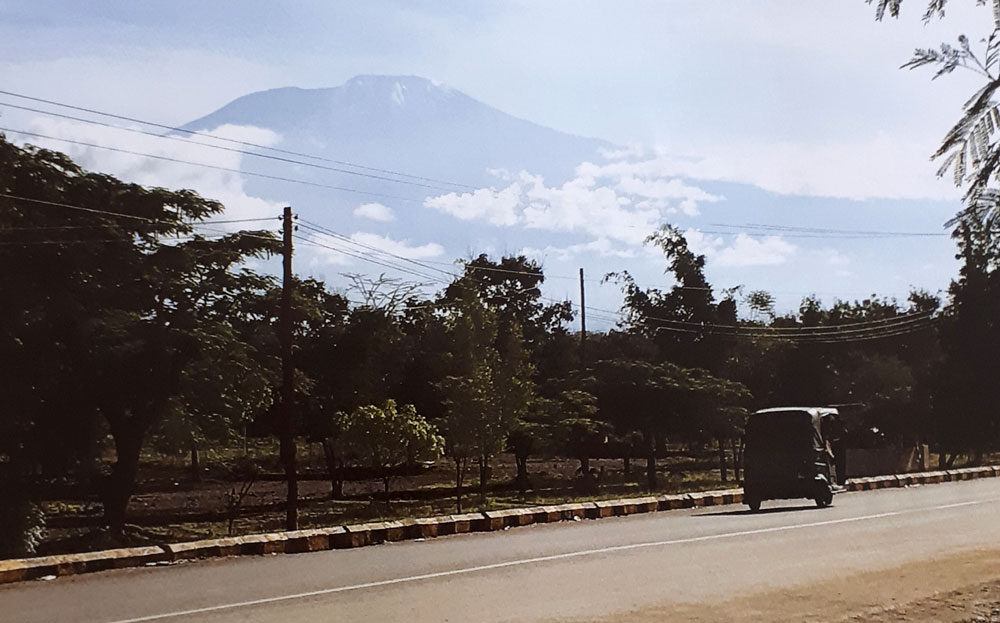 The town is bisected by the metalled A23 highway that runs between Arusha to the west and Moshi to the east. Boma is the administrative and commercial centre for Hai District, yet is significantly smaller than Arusha or Moshi and doesn’t have the same level of institutions, commerce or tourist draw.

The town’s limited commercial activity is focused along the A23 highway and around the central market and bus station. Hai District’s government offices are in Boma, again clustered near to the highway.

Once you leave the main highway most roads are unmetalled dirt tracks. The town becomes almost exclusively residential with single-storey dwellings often behind walled compounds.

The District Land Office has drawn up plans to develop the town, referred to as ‘New Boma’, the area for expansion is to the southwest of the town centre. Some new houses, schools and industry have been built here already, but development appears slow and it remains a sparsely populated area of town.